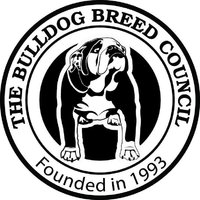 CHECK OUT THE ON LINE EDUCATION STATION ON FACEBOOK

The Council meets every four months and is attended by three officials (Chairman, Vice Chairman and Secretary/Treasurer) one voting delegate plus one other representative from each constituent member club. In addition, the Kennel Club Breed Liaison Officer, the BUBA representative, sub-committee members and Canine Press Breed Note writers also attend all the meetings as 'observers'.

Bulldog Rescue attend these meetings on behalf of the UKs Pet Owners, if there is anything you would like raised please let us know

Why is this important? The bulldog (and many other breeds too) are now so flooded with Non Standard dogs we fear the breed as we know it may be lost forever. With the increase in Non Standard Colours comes an increase in congenital conditions - in particular Spina Bifida. Lines that have taken many years to create are not being improved by this influx of so called "new blood" - they are being ruined as more an more dogs with serious defects make their way in the lines of well known kennels, some of which have spent decades improving the health of the bulldog. And yet the Kennel Club still refuse to stop registering them and the longer this goes on the harder it will be to pull back from these serious issues that are now within the breed. Please take a moment to read what we are asking and if you agree please please please sign before we lose our Bulldog forever.

SUBSCRIBE TO THE BREED COUNCIL'S YOU TUBE CHANNEL HERE

History
​
In 2006 the Bulldog Breed Council Health certificate was first developed as a breeding tool.
We had meetings at the Kennel Club who asked what plans we had to improve the health of the breed so it was developed with input from the Breed Clubs as a voluntary assessment, with no pass or fail .The aim was to identify health problems, so efforts could be made to help breeders and pet breeders not to breed two dogs sharing the same health problems or issues. It was meant to be particularly helpful to newcomers to the breed.
As we move on to the present day, the Bulldog Breed Council is now revising their health Certificate to incorporate the Kennel Clubs Breed Watch Items.  The Bulldog is now one of the Kennel Clubs High Profile Breeds (Category 3)

Particular points of concern for individual breeds may include features not specifically highlighted in the breed standard including current issues. In some breeds, features may be listed which, if exaggerated, might potentially affect the breed in the future.
Prior to 2014 the features listed below derived from a combination of health surveys, veterinary advice, a meeting of Kennel Club Group judges, feedback from judges at shows or consultation with individual breed club(s)/councils via the breed health coordinators.
From 2014 the structure of Breed Watch will allow for a greater involvement by judges in the reporting on and monitoring of the points of concern.

All examinations indicated on the Bulldog Breed Council Health & Conformation Silver Certificate are non-invasive.
To apply for the Silver Level the following requirements have to be met:
NO EXTRA FORM IS NEEDED, JUST THE RESULTS OF THE FOLLOWING IS NEEDED, TO BE EMAILED TO haddawaybullodogs@virginmedia.com .

**Note: Cambridge University Veterinary College have established a grading system for Bulldogs as at 21.09.2016. Anyone who has previously had their dogs tested and wish to obtain their grade result to now qualify for gold can apply to the University who will provide the grade upon payment of a £10.00 administration fee.

Gold stars will be awarded for:
​